CEE Network for Gender Isuess Chair Daša Šašić Šilović has been elected for the President of the European Partners for Environment (EPE).

EPE’s mission is to stimulate collective intelligence on ‘new generation of partnerships’ for a New Prosperity for Europe , in a global, interconnected and interdependent world, and explores how to scale up partnerships best practices with 3 main objectives:

EPE has demonstrated its skills to mobilise high level expertise at EU and International levels.

EPE is a membership-based organisation led by its Council and an Executive Team.

There is a need for action oriented partnerships. It's not about the 'why" and "what" anymore, but the general feeling is about: we know what to do, and we have the tools for it, but HOW shall we do it. EPE can play an important role in explaining the HOW and play a role in ACTING, in selected areas.

Regional conference: Progweb 2019 Final Event “One Balkan towards the EU”

The delegation of the CEE Network took active part at the “One Balkan towards the EU”, held in Skopje 10 February 2020. The Conference gathered progressive, socialdemocratic and liberal leaders, from South Eastern Europe. Participants gave strong support to North Macedonia and its former Prime Minister and President of SDUM, Zoran Zaev, as well as Albania, to start the EU integration process.

A successful integration of the Western Balkans into the European Union has to be on the basis of strengthened democracy, rule of law and an independent judiciary, anti-corruption policies, social justice, equality between women and men, introduce gender parity in political life and exert a deliberate effort to improve  the quality of life of all our citizens.

In the discussion the CEE Network for Gender Issues emphasized the great strides SDUM in North Macedonia, as well as other parties in the region, made in promoting the political participation of women in decision making and parity in their parties and the society. In preparation for the upcoming parliamentary and local elections it will be decisive for parties to honour the quotas in their electoral lists and the zip principle, to ensure an even larger number of women to be included in future decision making.  But it will equally be important that progressive electoral platforms address existential concerns and challenges women are confronted with in these societies. This will motivate women to be equal and active agents of progress and transformative processes in the Western Balkans.

Following its proclamation on 17 November 2017, implementing the European Pillar of Social Rights is now a joint commitment of the Member States and the European institutions.

The rights and principles of the Pillar cover a wide range of issues, including the right to quality education, training and life-long learning, access to healthcare, gender equality,  childcare, fair wages, work-life balance, consultation with social partners, and  access to essential services. Consequently, communication about the Pillar remains a challenge and its implementation largely depends on Member States and social partners on the ground.

The European Pillar of Social Rights is based on 20 key principles that can be divided into 3 categories:

To further this goal the Communication Office of the Directorate General for Employment, Social Affairs and Inclusion (DG EMPL) in Brussels has chosen the CEE Network for Gender Equality to be one of the “Ambassadors” of the EU Pillar for Social Rights. The role of Pillar ambassador is to raise awareness about the European Pillar of Social Rights or one particular aspect of it among their contacts, networks, followers, etc. The cooperation between the European Commission and the Pillar ambassadors is informal in nature and is based on a mutual interest in enhancing a fairer and more social Europe.

CEE Gender Network welcomes all information on the implementation of the EU Pillar for Social Rights in your countries and any suggestions you may have as to its impact. ()

Since the year 2000, SOLIDAR organises annually its Silver Rose Awards in the European Parliament in cooperation with the EP S&D Group, an occasion to celebrate Civil Society Organisations and individuals whose extraordinary struggles contribute greatly to social justice and solidarity throughout the world. Nominations are made by Civil Society Organisations and selected by a jury composed of its representatives, trade unionists and policy makers.

This year’s Silver Rose Award in the Category: Together for Social Europe– Social Affairs was awarded to the Chair of the Central East Network for Gender Issues,  Daša Šašić Šilović. She won the award in the category of Social Affairs for promoting social democracy and politics with a gender lens. 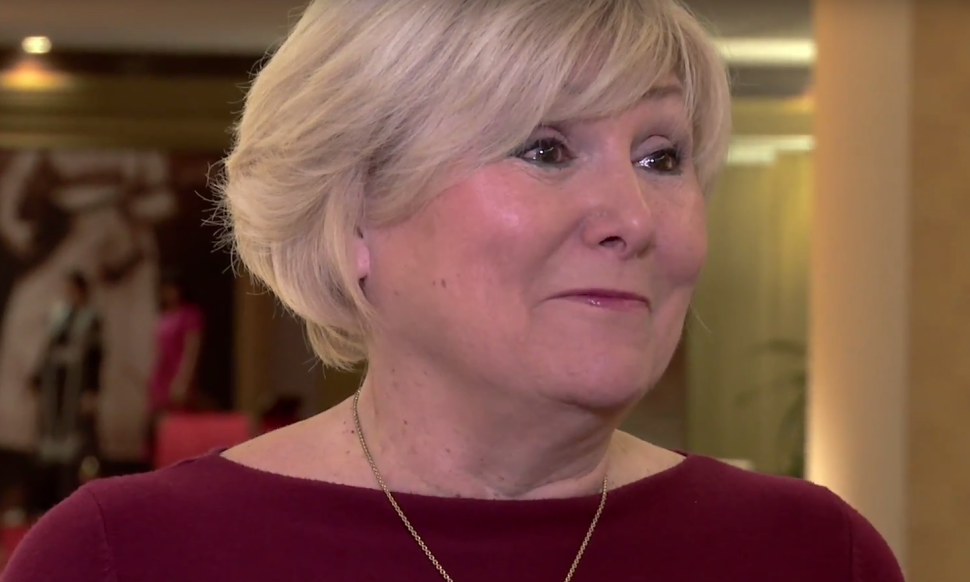 CEE Network for Gender Isuess Chair Daša Šašiš Šilović won the Silver Rose 2020 Award by Solidar&Solidar Foundation in Brussels. She won the award in the category of Social Affairs for promoting social democracy & politics with a gender lens.

Daša was nominated by our Board Member Lovorka Marinović and CEE Network for Gender Isuess.

“Daša Šilović is a unique person who, deeply convinced of the social democratic roots of social justice, is spreading ideas and practices of social democracy with outstanding capacities, innovative talent and untiring dedication. A convinced feminist, thanks to her wide academic and professional background at UN Agencies in New York, Daša Šilović has demonstrated resourcefulness and creativity in establishing in 1994 and leading for 25 years the CEE Gender Network. The goal of the CEE Gender Network is to promote the empowerment of women and put gender equality objectives into mainstream strategies, policies and programs in progressive and social democratic parties in the Region.

Her accurate fact-checking, sharp analytic skills and solution-oriented approach have given an invaluable contribution and important inputs in fostering substantive dialogue on how to transform and promote politics through a gender lens. In the last eight years she has moved CEE Gender Network activities into a think tank mode and established the annual Korčula School with that overarching goal. The sessions are attended by women and men political leaders from progressive, socialist, social democratic parties, experts, academics, civil society and trade union representatives”. 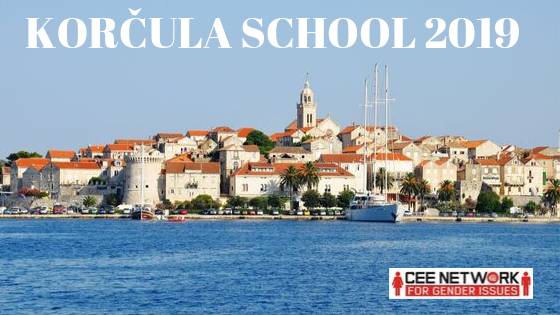 Transforming Politics through a gender lens

The CEE  Network Board member and former Vice President of the Democratic Party of Serbia, Tamara Tripić, has resumed the organization of Belgrade “Vračar conversations” (a municipal district in the centre of Belgrade). Her last session/panel discussion on 26th December 2018 was dedicated to a very “hot” topic in Serbia – weekly (Saturday) demonstrations in Belgrade of thousands of citizens from the city and other parts of Serbia. The title of the panel was “The heroes of the street”.

Panelists were well known journalists Srdjan Škoro, Tatjana Vojtehovski and Marko Vidojkovic a popular writer. All the three are engaged in the organization of the demonstrations. The conference hall was packed with activists and citizens from Belgrade and a number of other towns in Serbia.

Tamara starts 2019 with another “hot” topic in Serbia: “OLIVER – the unfinished story” (Tuesday 15 January 2019). The panel is to commemorate a year since the brutal, politically motivated murder of Oliver Ivanović, the President of the Civil Society Initiative “Serbia, democracy and justice” from Kosovo.  Panelists have been chosen to speak about Oliver, his political stance, challenges, misgivings and premonitions within the current political moment in Serbia. They are: Božo Prelević, lawyer, Rada Trajković, President of the European Movement (NGO) and former MP in the Kosovo Assembly, Aleksandar Ivanović, lawyer. 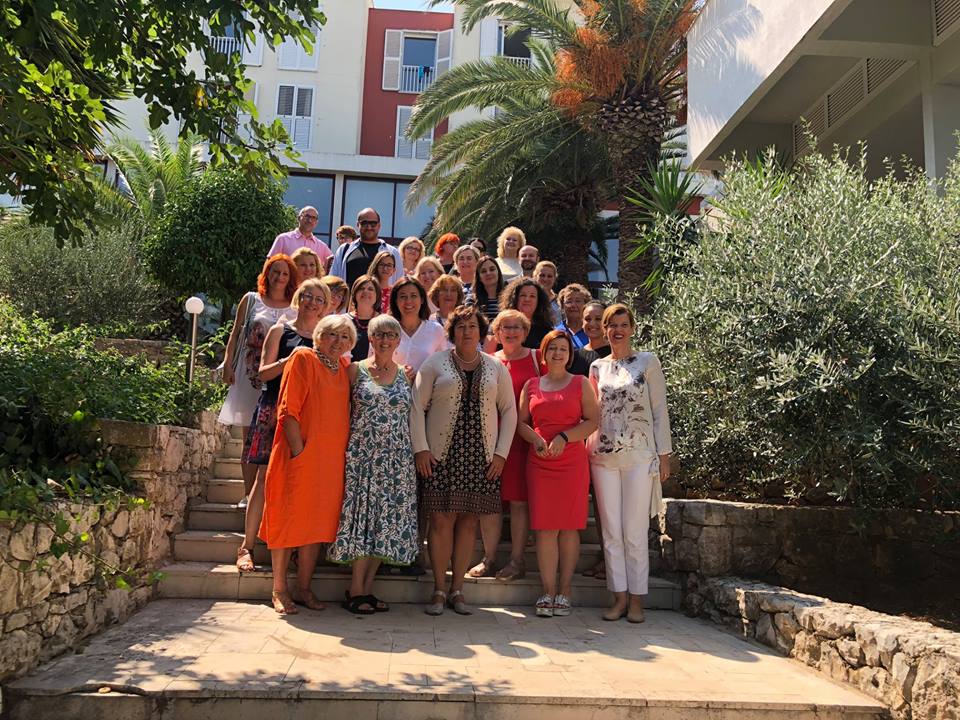 "Conservative Counter-Revolution – Case in Point: Reproductive Rights and Demographics" is a very important political and ideological topic in the region, and overall in Europe, as birth rates go down, people live longer and the labor and social welfare systems are either overstretched or curtailed.

This year’s Korčula School, organized by the CEE Network for Gender Issues and it’s partners, was seeking to explore progressive solutions, best practices and lessons learnt and ways to formulate comprehensive, progressive measures and incentives necessary to address the demographic situation but not at the expense of women’s, and men’s, right to choose and make decisions regarding their reproduction and their bodies. Gender equality and women’s rights are non-negotiable democratic tenets, which are seriously challenged in the region in contravention to the existing positive legislation on human rights and basic constitutional postulates in the respective states and international conventions and agreements, such as those of the United Nations, EU and Council of Europe.

All participants agreed that demographic strategy cannot existing without reproductive rights, especially a right to choose, and reproductive rights which are under constant attack have to be essential in every sphere of society.

The 2018 Korčula School was preceded by a joint discussion on 24 August 2018 organized by the Global Progressive Forum and the CEE Network for Gender Issues on “Making the EU enlargement process deliver for Western Balkan women”. 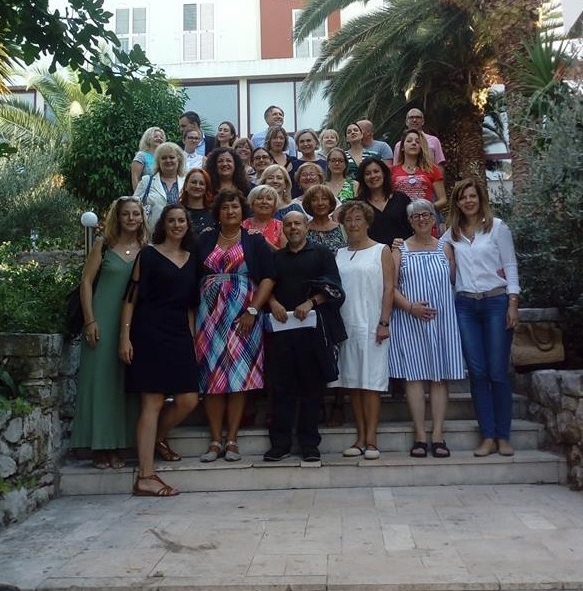 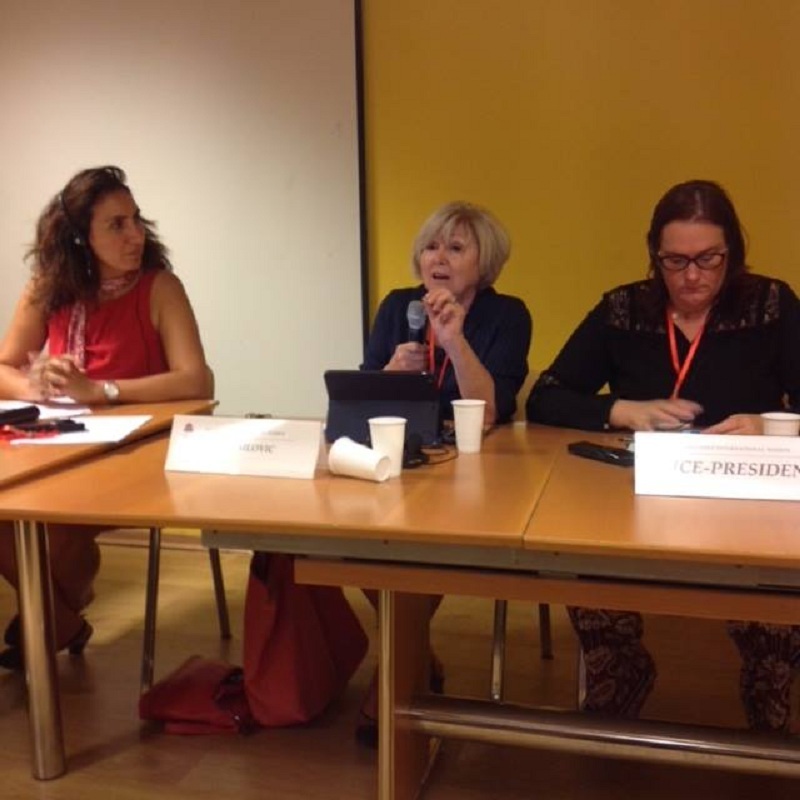 Daša Šilović participated at SIW Council Panel 'Transforming Politics: 50/50 Challenge'' in Geneva where she was a panelist at a first session “For a world 50-50 in the political decision making”

The session was chaired by SIW VP Morreale.

From the region participated Silvia Atanasova, VP PBSD (Bulgaria) and VP Social Democratic Women’s Federation. The discussion focused on the role of WF, with Brazil stressing positive experience, while many referred to the lack of financial support. Minister for Women from the Dominican Republic Janet Camilo talked from the point of challenges faced by her government on gender equality. 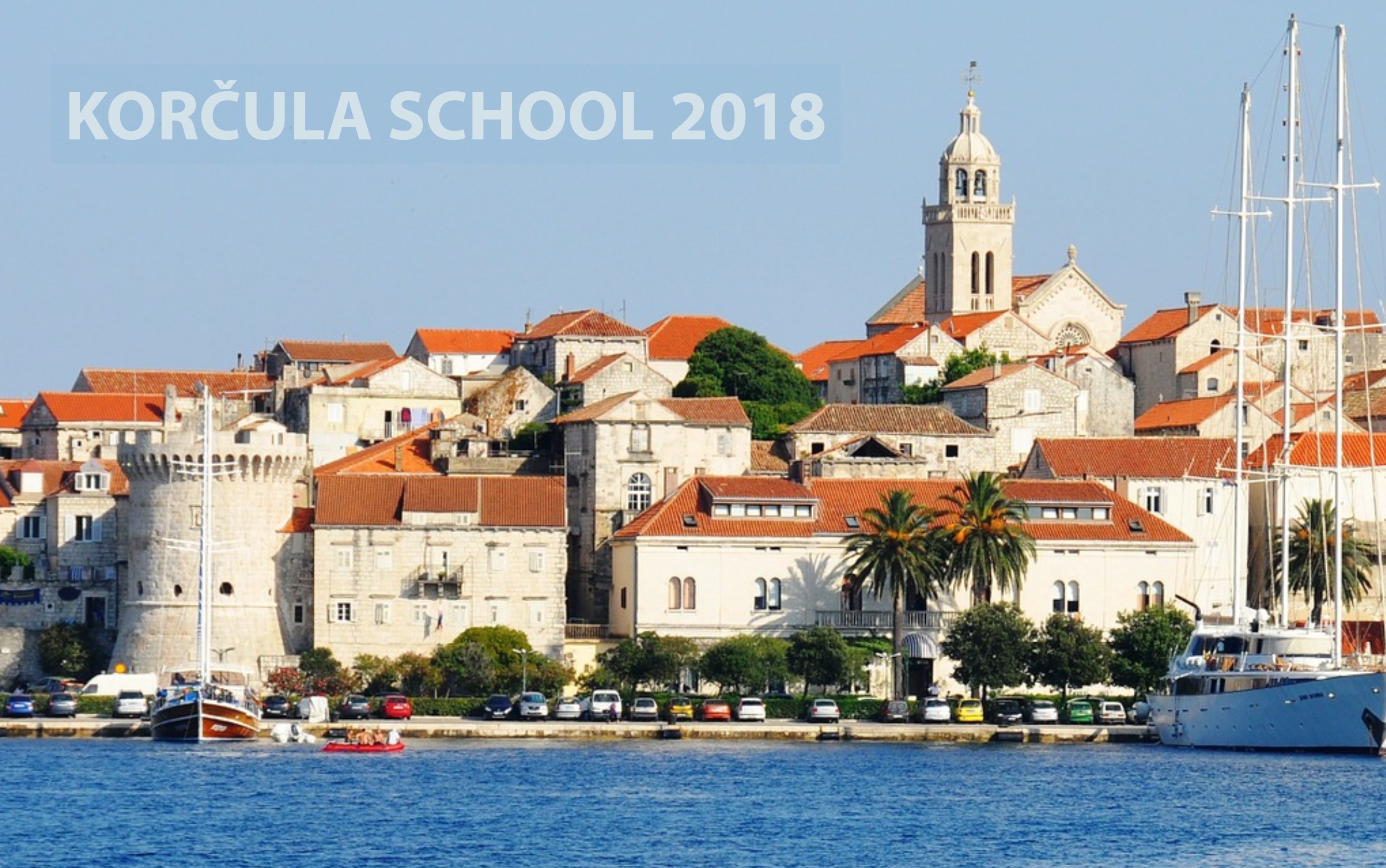 The seventh Korčula School – Transforming Politics through a Gender Lens - will take place in the town of Korčula, 25-26 August, 2018 under the title: "Conservative Counter-Revolution – Case in Point: Reproductive Rights and Demographics".

The main topics are: